Did Grey Worm get a super thick accent this episode? Did he always talk like that? I only remember him talking with no accent and not in broken language. Grey Worm and Missandei would make a darling couple but for the fact that unsullied soldiers are conditioned to not feel attraction to others and also they don't have genitals...but if they could get over all that!

Turns out the plan to take Meereen is to sneak in and convince the slaves to kill the masters. There are 3 slaves to every master. Bad plan masters!

By the way, I love that shot of the master looking up at the top of the pyramid to see the Targaryen banner covering the Harpy. The wide shot did a great job of showing how super enormous that pyramid is. (That's where Daenerys will live now...on top of there.)

Victory! She answers injustice with justice. Those creeps got what was coming to them! No?

Bronn'll be Bronn! He's a good friend to Tyrion!

I'm glad Jamie believes that Tyrion didn't kill king Joffrey. Tyrion is good at reminding him that he knows Cersei and Jamie are siblings WITH BENEFITS! 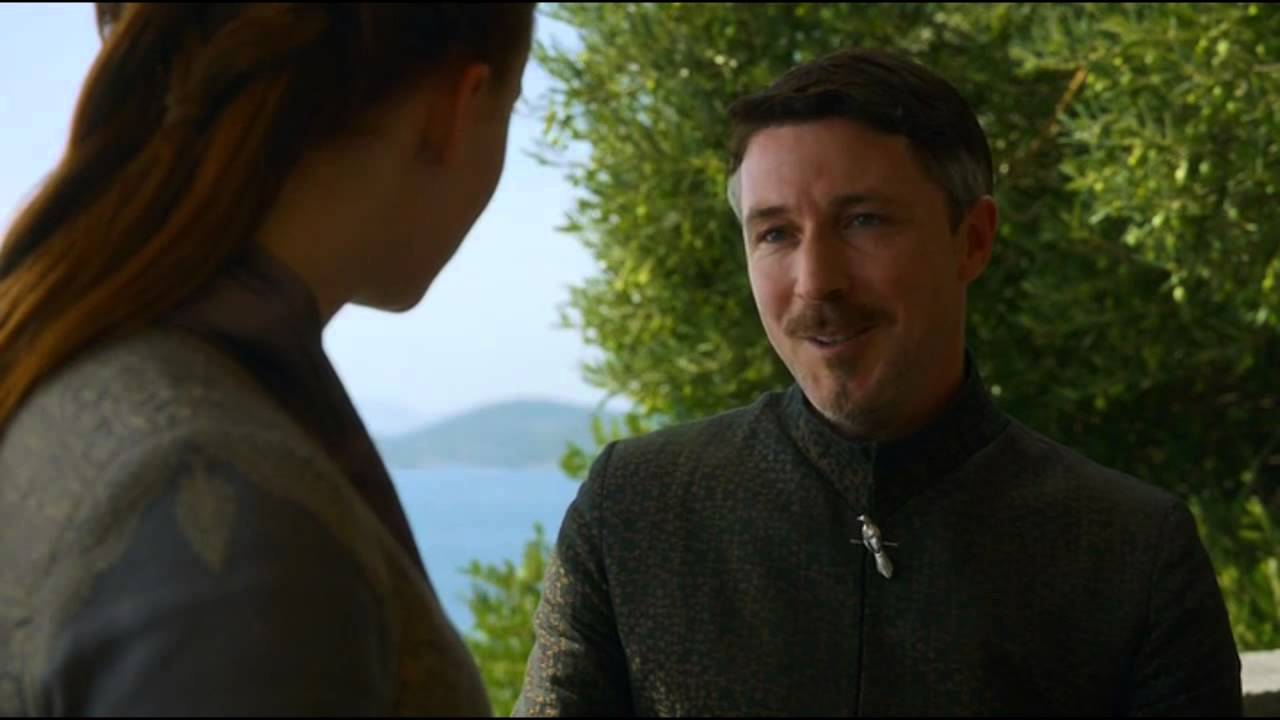 Here's where the rubber meets the road! Petyr Baelish is creepin' on Sansa AGAIN! Is it gonna work this time? Here, on their way to marry Lysa Arryn, he admits to getting the poison into the wedding, disguised as a jewel on Sansa's necklace... But who (over footage of the Tyrells walking around kings landing) put him up to it??

REMINDER: Locke is the guy who captured Brienne and Jamie in season two, and who chopped off Jamie's hand, and who was hanging around Ramsey snow and Roose Bolton earlier this season, and who Roose Bolton ordered to go to the wall and try to find Bran and Rickon (Who?) Stark… and to kill Jon Snow. 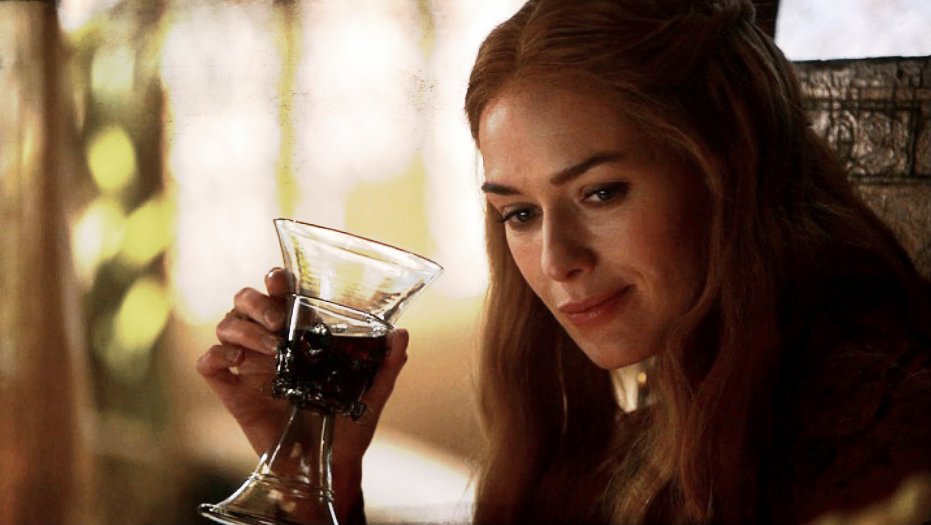 NEW G.O.T. Drinking game. Every time Cersei is drinking and acting drunk, you have to do a shot. Brienne of Tarth and Jamie are plotting to be gallant and decent. Jamie gives Brienne his new Valyrian steel sword, which was forged from Ned Starks sword, Ice. It's a symbol of their oaths to protect the stark girls. Brienne takes Podrick Payne and Oathkeeper (what she named the sword) and sets out to find and protect Sansa stark. 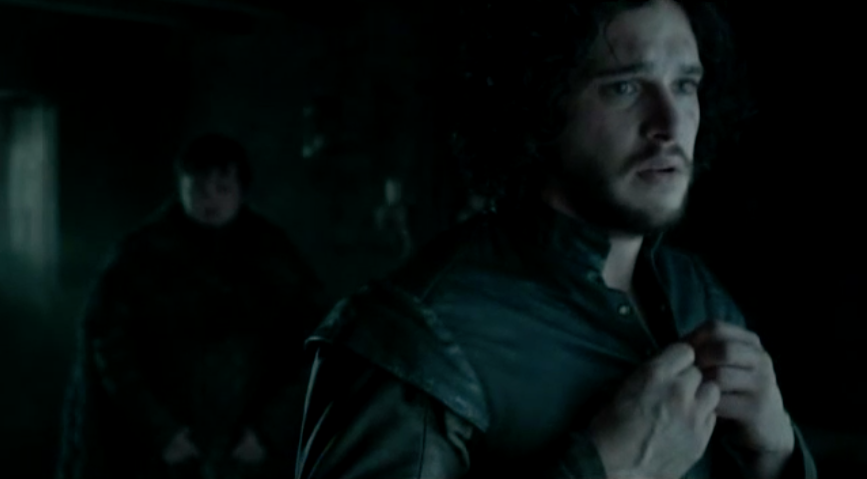 Sam and Jon are talking in the basement or something... Then their secret enemy, Locke, having successfully sneaked up behind them, does not kill them, but instead says "hey, someone wants to see you"

During the scene where jerry McGuire is saying "who's coming with me?" then all the Dead Poets Societies stands up on their desks to volunteer to go to Craster's Keep... Locke, Jon Snow's secret enemy, decides to go too.

Up at crastor's keep Satan is drinking wine out of Lord Commander Jeor Mormont's skull, but watch your language, sir! "F this and f that!" Cut my virgin ears some slack!

The mutineers at Crasters keep have Ghost? (Jon snow's wolf?)

If Meera isn't back soon then POW! Captured!

All of a sudden the guys you didn't even know still existed 2 episodes ago hold all the cards north of the wall.

A white walker carries Craster’s last baby boy through the snow to a spooky mountain where he sets it down and a less dirty looking, and more well-dressed white walker turns the baby into a white walker. Which explains THIS!

Well, that's the end of this episode!

Game of Thrones: s4ep5 First of His Name: Scene By Scene Recap (This One Will Still Watch Even If They Go WAY Off Book)

Cersei is PRETTY sure that Tyrion, who was just publicly humiliated by Joffrey for the 4th or 5th time,…